Hey! One of the biggest names in Brazilian music, Ney Matogrosso, is back to show live with his new album, “Watch out for signs” in October, Porto and Lisbon. And I went to his concert with Anouck on Sunday October 2nd 2016, 9:30 pm at Coliseu Porto, 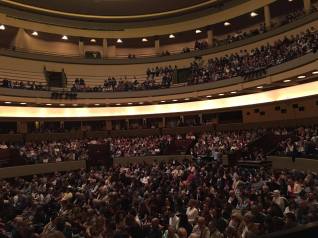 I didn’t know him before the concert but when we entered the impressive Coliseu I realized how excited people looked like. The second thing I noticed was that most of the audience was over 70 years old. Yes, a big hall full of old people watching him with true love in their eyes. I understood it better when I learned, after the show that he was already 75. Incredible when you see the performance he delivered on Sunday.

He is a truly unique showman, the performance is not only about his music but also about his  excentric costumes (black and silver extremely tight pants, incredible wigs, high heels),  and his legendary very sensual / sexual dance moves. He even did something close to a strip tease in the middle of the show and the audience seemed to appreciate it a lot, even the stuck-up lady sitting next to us.

Besides, Ney has an outstanding stage presence, captivating vocals mixed with the most incredible Samba dancing skills. When he looks at the audience you feel as if he is looking at you. 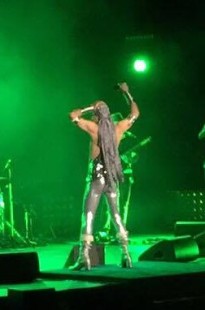 As foreigners, French and Turkish, it was nice to see the performance of a Brazileiro in Porto.

The standing ovation at the end was actually touching. It was amazing.